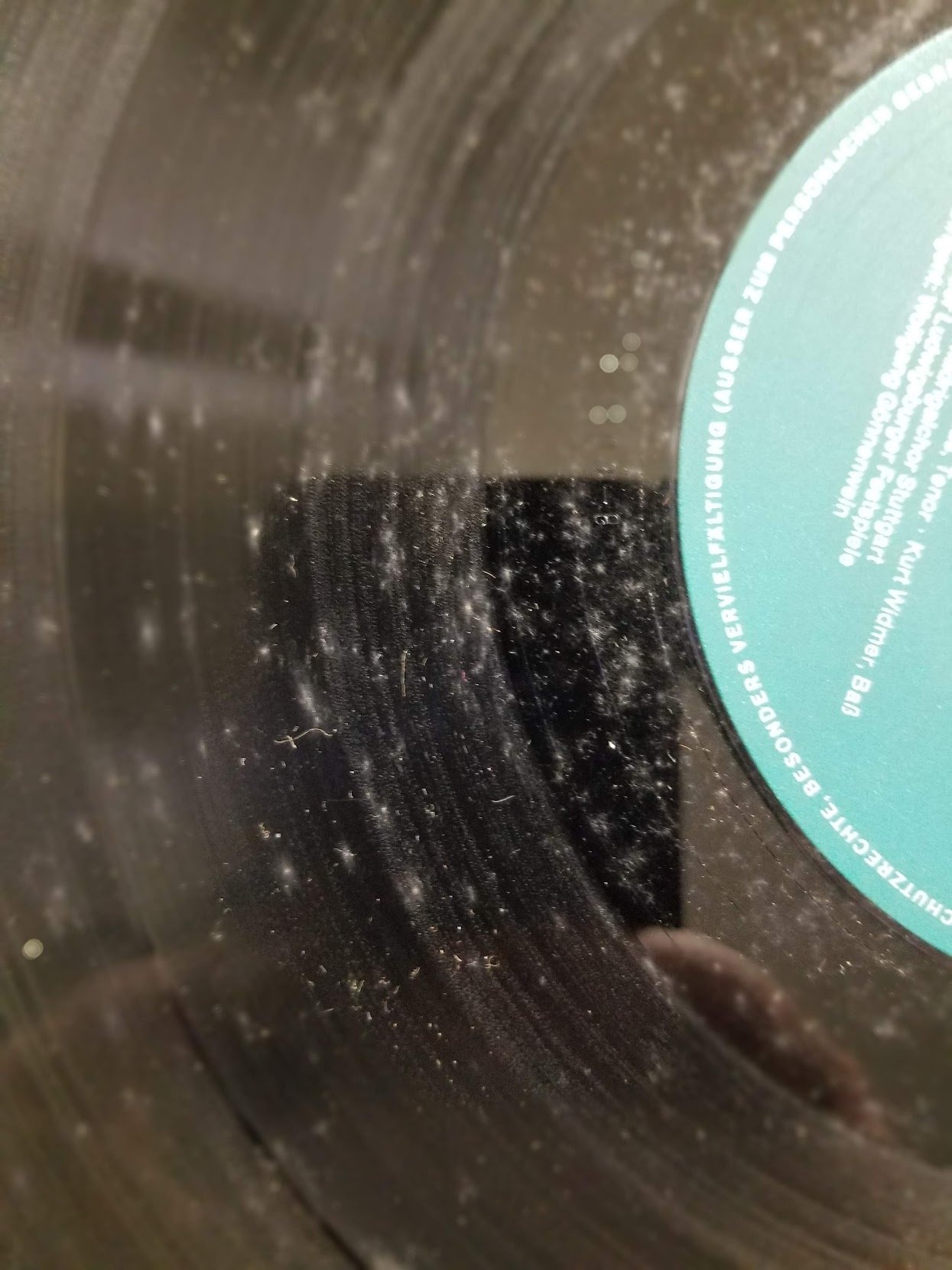 First off, I’m not complaining! This is a great collection, and fills in a lot of gaps of music I’d never really followed before — Italian opera, British orchestral, chamber music for strings.

So, that said, I recently got a cache of vinyl from a friend. He’d been storing it in a somewhat damp and unventilated basement for a long time and the packaging had definitely suffered. The grooves of the LPs are completely fine, but because of what was going on between the dampness of the room and the makeup of the liners, there are some problems. Here are some of the patterns and tendencies I noticed, and what I’ve been doing to solve them.

First, an example or two.

You can see the mildew spots pretty clearly. It affects a few labels more than others: London, RCA, Deutsche Grammophone, Decca and Philips are the worst. And the worst of them are the poly-lined paper sleeves. Something about the adhesive that holds the poly inside just turns to a sticky mess. Look at the inside of this paper liner: 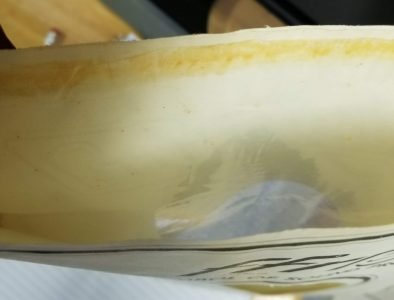 And it ends up on the record surfaces.

Above are a few examples. You could create a very descriptive vocabulary for the kinds of residue you’ll find. And it makes the record play horribly. When it’s not skipping all over the place it’s loudly popping.

Here’s another thing: Back in the day, you would be an imported box set. At the back there would be a very classy thin layer of foam padding, there to protect the contents of the box as well as provide a certain level of prestige indicated by the desirability of protecting the precious vinyl. Philips did this a lot, but I discovered some DGs as well.

At the slightest disturbance, the foam crumbles into powder. It gets all over the floor, some of it stays in to box. If you’ve got these, just throw ’em out.

So what’s to be done? Really pretty simple.

I really don’t have it in my budget to buy a record-cleaning machine. But the above tools gives me a good leg-up.

The Audio Intelligent Premium One Step Formula #6 comes in an easy-to-use squeeze bottle. I bought it because it doesn’t require a machine, and doesn’t need rinsing (more on that in a minute). I squeeze out a reasonable amount of solution onto a record (lying flat on a towel), and spread it around with a Mobile Fidelity Record Cleaning Brush. Gently move it around for a few minutes — no pressure, not consistent, just let it penetrate everywhere — then squeegee it off with the same brush. Wipe the record dry with a microfiber towel, flip over, repeat.

A couple of things: The solution says it’s no-rinse, but there’s definitely a faint residue that makes the record play crackly. But I go over it once with my Discwasher with D4, and that picks it up.

The brush is nice but one thing that the enzymatic cleaning solution attacks is the adhesive that holds the pad onto the holder. So, not so great. I have to hold it in place, and rinse it out regularly. But you can see the results:

This is the same LP, same general area. And it ended up sounding really nice.

After I throw away all the icky liners, I need to replace them with something. I’ve been buying these from Amazon: 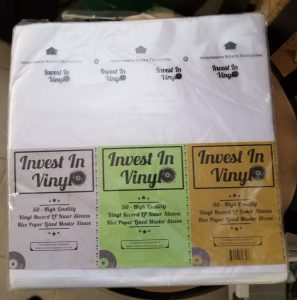 They’re reasonably priced and for now do the job. Talk to me in 30 years though.