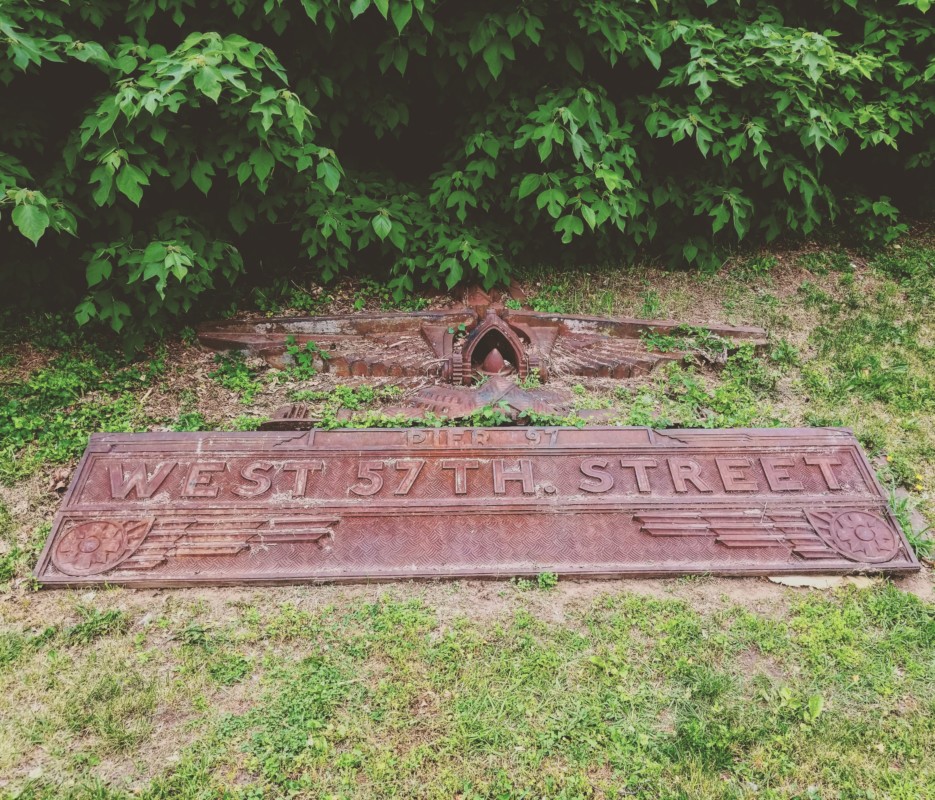 I had a little time before rehearsal last night at the Brooklyn Museum, and I noticed something odd lying in the grass. Look:

Apparently a sign from the former West Side Highway. Pier 97 is in the Clinton neighborhood, at West 57th, and is now a recreational area.

When I first moved to New York in 1979 the highway had had a spectacular collapse just a few years before, and was closed permanently. But you could still see the graffiti-ridden traces of it down between the World Trade Center and the empty landfill which would eventually become Battery Park City. Here are a few archival photos of how these signs looked in situ.

Here’s another view from Forgotten New York, with some explanation.

This frieze was originally built for the West Side Highway, which was built in stages from 1930-1950 and demolished in stages from 1973-1989. It was the idea, along with the West Side Freight Elevated (now High Line Park) of Manhattan Borough President Julius Miller; the highway was officially known as the Miller Highway, and thus appeared on maps with that name. New Yorkers resolutely called it the West Side Highway. There’s a wing motif shared with a turning gear motif — in the Depression years, the government set up the Works Progress Administration to provide employment by designing and building public works: highways, buildings, hospitals. Much of the West Side Highway was built in this period.

Lying nearby, a couple of the old light stanchions. 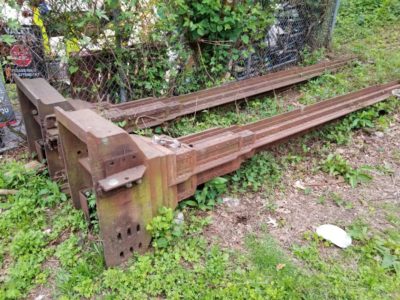 Along with an historical photo of how they might have appeared. 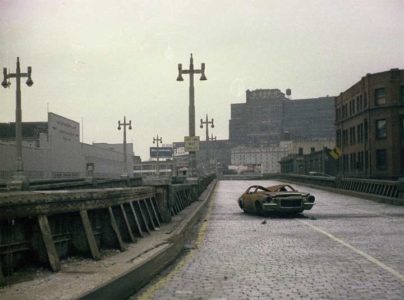 I should say, how they might have appeared after a zombie apocalypse. Which isn’t that far off from the Manhattan waterfront in the 1970s if you really want to know.

But it wasn’t just the West Side Highway that was of interest. There’s a huge boneyard of architectural salvage that would have your typical antique dealer in a lather. I’d love to have a tiny piece of any of these as a garden ornament.

Wouldn’t it be a fine project to track down the sources of some of these. Though on the other hand it’s probably just a simple matter of calling up a curator at the museum to make an appointment. But kudos to the Museum for preserving these irreplaceable pieces of history.