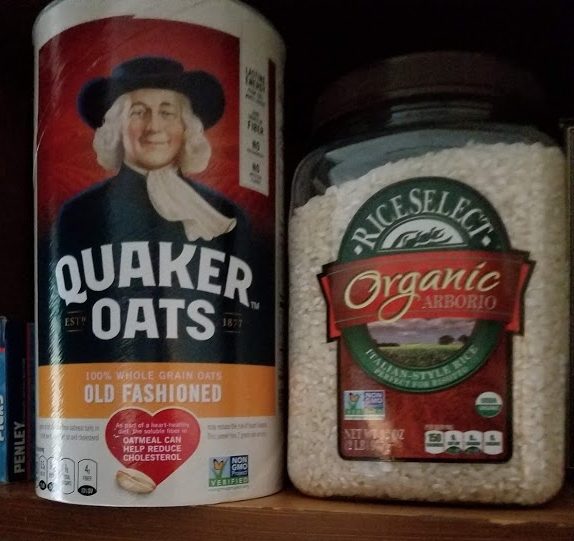 All Oatmeal Is Instant Oatmeal

Sometimes laziness is a virtue.

Sometimes it isn’t. Sometimes it seems like you’re exercising the virtuous time-saving kind of laziness which will pay rewards in the end in the form of a better finished product which will earn you all kinds of praise, but you end up just spending the same amount of time and ending up with a crappier product.

Instant oatmeal is one of those cases.

I know, you’ve been in a time crunch. The kids have to get off to school, you’re about to miss the train. But you want a bowl of oatmeal to get your through the morning so you open up one of those packets. You know the ones. Find the box in the pantry, riffle through the overpackaged box to pull out a non-biodegradable envelope. Rip ‘er open, put it in the bowl, find a measuring cup to add water, pop it in the microwave.

Then suffer through the gruely library-pastey mess filled with artificial maple flavor and never-quite-rehydrated raisins.

What if I told you you didn’t have to do that. What if told you … doing my best Morpheus imitation here … you could do it just as fast, save money, have one less item to clean up, and get better oatmeal? Well, I’m telling you.

Put some oatmeal in a bowl. However much you want. Then slowly drizzle in tap water until it begins to cover the oatmeal. It should look something like this:

Then put it nicely in the center of your microwave, and set the cook time to 90 seconds.

Press “start,” and when you’re done you have a nice bowl of well-cooked oatmeal. Slightly chewy and nothing like library paste.

Just add milk and whatever your favorite sweetener is. I like pour in a bit of maple syrup. No, not corn syrup; maple syrup.

If you want steel-cut oats, I can’t help you with that yet.