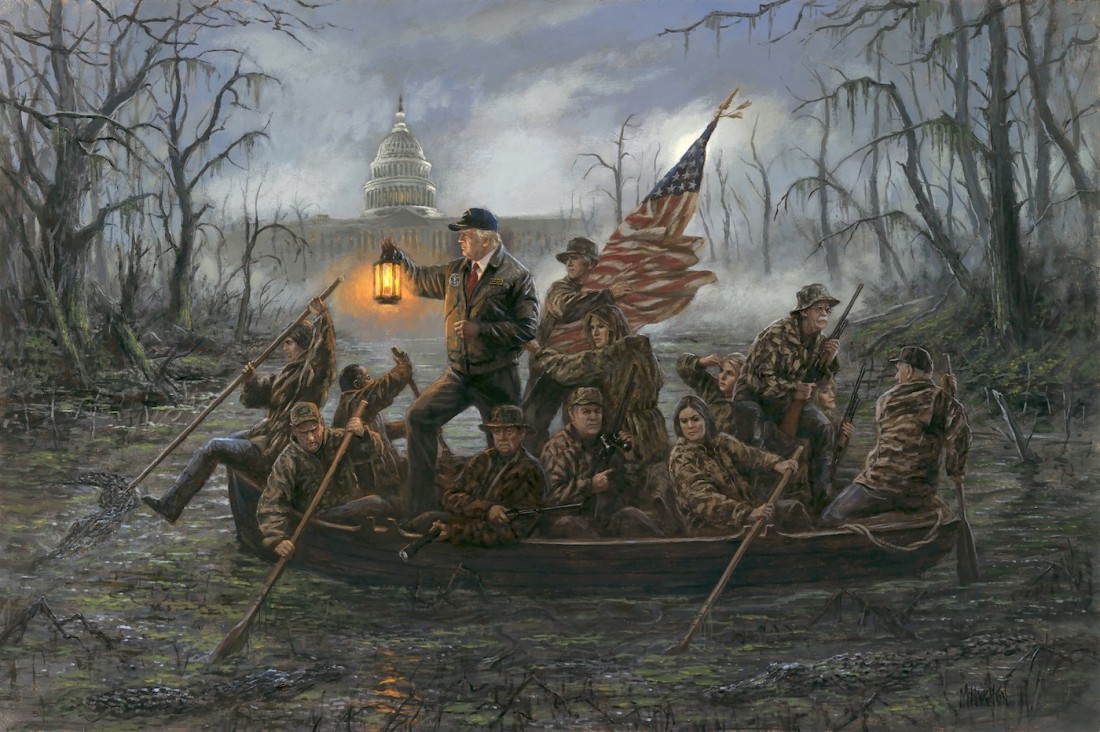 https://youtu.be/3kaJaDx51iw
I don’t know what’s better, the montage of pedophilia accusations followed by Trump urging Alabamans to vote for him; or this exchange:

Cohen: “Alabama has always been a place for equality,”

Cohen: “In Alabama, people have always been free, whatever there religion or race or sexuality.”

This says a lot

The other point is the date: June 7th. That’s the date when Trump made that primary election night victory speech where he teased his upcoming anti-Hillary speech where he’d reveal a bunch of new dirt on Hillary, a speech that ended up never happening.

What Giuliani appears to be saying is that earlier that day the top people in Trump’s campaign had a planning meeting to prep for the dirt meeting with the Russians two days later. This is hardly surprising. But it lines up perfectly with what many have long suspected: that Trump was so excited about the dirt his campaign was going to receive from Russia two days later that he couldn’t help but brag about it in public that night.—Josh Marshall

The meeting didn’t happen and Trump wasn’t there. Confusion reigns and even the Fox News spokesmodels can’t throw him a bone.

Katy Tur has good reasons for wanting to rip their faces off.

President Trump has said from the start of the Russia probe that there was “no collusion” — but on Monday, his lawyer moved the goalposts, insisting that even if there were collusion, it’s not a crime.

“I have been sitting here looking in the federal code trying to find collusion as a crime,” Rudy Giuliani said Monday on Fox News—The New York Freaking Post

“I’m a former US Attorney and golly I can only throw my hands up in the air.”

Adding to the chorus, a noted government ethics expert weighs in on what’s a crime and what isn’t:

If we call it “collusion” then it can’t be a “conspiracy.”

Adding to the chorus, the man who would never lie to you.

Collusion is not a crime, but that doesn’t matter because there was No Collusion (except by Crooked Hillary and the Democrats)!

It’s not a crime and they were crooked for doing it.

What is it about faux populists and grocery shopping? It was one thing when George H.W. Bush didn’t recognize supermarket scanners — they were fairly new at the time. But this?

By now you know this was a source of great merriment and amusement across the Twitterverse. It was especially funny when the White House spokesperson redefined grocery shopping as buying beer and wine. Because that’s how a lot of us changed our grocery shopping habits when these monsters took control.

But hey, he’s draining the swamp


Actually they’re not there to drain it. They’re looking for a place to build a golf course or, failing that, land to sell to gullible seniors.

Thank you to Chairman Kim Jong Un for keeping your word & starting the process of sending home the remains of our great and beloved missing fallen! I am not at all surprised that you took this kind action. Also, thank you for your nice letter – l look forward to seeing you soon!

See? They really do have standards!

Two of them, in fact.
https://youtu.be/3VBfBbvD5MY

There is some good in the world

Building on the development of Catholic Church teaching against capital punishment, Pope Francis has ordered a revision of the Catechism of the Catholic Church to assert “the death penalty is inadmissible because it is an attack on the inviolability and dignity of the person” and to commit the church to working toward its abolition worldwide.

Here in the US, and probably even moreso in the few countries that still allow this barbaric practice, it’s applied sporadically, arbitrarily, unfairly and — worst of all — as the equivalent of a hate crime. I was also heartened to see that New York governor Andrew Cuomo took the opportunity to call on the state legislature to ban capital punishment once and for all. Good on him.

More of this, please

Oh this is rich.

“Some groups who claim to support conservatives forgo their commitment when they decide their business interests are more important than those of the country or Party,” RNC Chairwoman Ronna Romney McDaniel wrote in a memo to party contributors on Thursday afternoon. “This is unacceptable.”

I’m shocked, shocked that Republican donors are putting their business interests ahead of the good of the country. Please while you’re at it, stop accepting money from — well — any corporation at all.