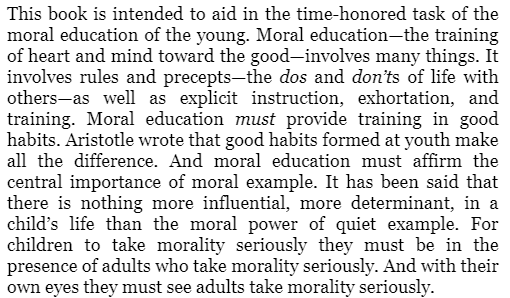 Moral Relativism: Is It OK?

A vacation day, driving back from Baltimore through Pennsylvania. A lovely day to contemplate Rudy’s further descent into the madness of moral relativism. Truth isn’t truth. Morality isn’t morality.

.@RudyGiuliani on his "truth isn't truth" remark: "In situations like this, to prosecutors, the truth is relative and it's not absolute like some philosophical concept." #TheStory pic.twitter.com/4UZzlhikuf

Where have you gone, William Bennett?

Remember when truth and morality were absolutes?

Then we also have the ugly spectacle of Supreme Court wannabee Bret Kavanaugh. He changes his stance on whether or not a President can do whatever the hell he wants; or whether a President can be subpoenaed, forced to testify, blackmailed into an apology, or forced to resign — all based on what party he belongs to. Or course in Kavanaugh’s world it’s always going to be a “he.”

But nobody can say it better than this man:

Let’s Just Add These Two Up

The Trump administration on Tuesday made public the details of its new pollution rules governing coal-burning power plants, and the fine print includes an acknowledgment that the plan would increase carbon emissions and lead to up to 1,400 premature deaths annually.—The New York Times

Billionaires and corporations that reaped millions of dollars in tax cuts are pumping some of that windfall into the Congressional Leadership Fund, a “super PAC” closely aligned with Speaker Paul D. Ryan that is flooding the airwaves and front porches of swing congressional districts with increasingly sharp attacks on the Democratic candidates vying to wrest control of the House.—The New York Times

1,400 lives are a small price to pay for more political donations.

So what’s it going to be?

And we thought Nixon was pathetic

Talking to the portraits in the White House late at night now seems benign.

The lead paragraph of the lead story in The New York Times today:

WASHINGTON — President Trump on Wednesday praised his just-convicted former campaign chairman for refusing to “break” and cooperate with federal prosecutors investigating Russia’s interference in the 2016 election, expressing appreciation for the personal loyalty of a felon found guilty of defrauding the United States government.

The publisher of the National Enquirer has a friggin’ safe.

What's the over/under on abortions? I put it at 9. https://t.co/RFR1vFcMKa

The Manhattan DA is considering criminal charges against the Trump Org. and Michael Cohen. Good luck with pardons there.