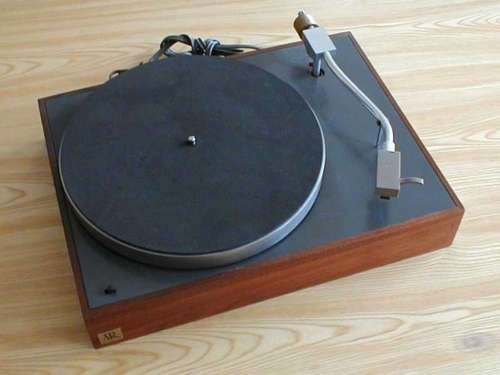 Friends are trading back-and-forth the Facebook meme of the 10 most important albums. Nobody has asked me, but here are mine. Ranked in order of relative importance for their influence in my development as a musician, not in any way by quality. The trendline is my interest in eclectic music, experimentation, brass playing, and finally towards outstanding musicianship.

In every case I’ve managed to find the exact album cover I had — not a re-issue.

Teo Macero did a magnificent job of turning hours of studio improvisations into well-structured album sides. The band here is really big — two drummers plus congas, acoustic plus electric bass, two electric pianos (right and left). Miles and Wayne Shorter are the horns, and of course the addictive bass clarinet of Bennie Maupin. All this sound provides a huge palette of colors. The amount of detail is just stunning; there’s always something new to hear. I’ve owned three copies: LP, a digital remaster LP, and the CD.

The title track is a hypnotic series of solos built around modal scales and a repeated bass riff with a little bit of tonal ambiguity. At first it was a little confusing, but then the form of the pieces became clear. There is an introduction, interlude, and postlude that is arrhythmic, making use of an echoplex machine, with free passages for keys and drums. I remember sitting around the band room practicing that rip up from a G above the staff until I could hit it exactly like Miles did.

First off let me tell you that Rick Wakeman is hilarious. I got to see Yes inducted into the Rock and Roll Hall of Fame last year, and of course everybody gets to give a speech. His was really just a stream of bawdy jokes. Who knew that the guy in wizard robes producing painstakingly create yet stupid arrangements of Brahms had a sense of humor?

Anyway, but early high school I was absolutely ready to take on these longer forms of music. At 18 minutes plus, the title track was just pretentious enough while still being recognizably a song. I was on it like shrink wrap, grinding it down on my turntable hours week. This was good preparation for their next entry, the famous/infamous “Tales from Topographic Oceans.” That’s when I started listening to music not just because I liked it, but because it was interesting.

8. Penderecki: Passion According to St. Luke

One fine day they told me I’d been given a scholarship to the BW Summer Music Clinic. I had no idea what to expect, but I went for a week and boy did it turn my head around to spend time in an actual college music conservatory. One of the classes was Larry Hartzell’s music theory and history overview. He delighted in turning us kids on to the new and different. Playing excerpts from Don Giovanni that sounded like they were from the 20th century; a handclapping piece by Pauline Oliveros; and Krystof Penderecki’s monumental sound-sculpture of a Passion Play. Penderecki also explored new ways of notation, with indications for tone clusters, highest and lowest possible notes, different types of attacks, glissandi and more. My ears were never the same. After I bought this album and started playing it in my bedroom, I’m certain my parents’ were never the same either.

Trumpet playing. The best trumpet playing. Combined with the best overall brass playing in a work that seems tailor-made to show it all off. It’s still an inspiration, and I listen to it now and then to remind myself of what I should be trying to sound like. Actually I’ve never owned the LP; London boxes were just too expensive. But here’s the CD I own.

From the twelve-tone “Movements” back to the “Octet” and “L’Historie,” this album gave me a great introduction to a wider range of Stravinsky’s styles than just “Le Sacre.” I found the Octet compelling enough that I programmed it on my senior recital in college, with me conducting. Learning the “Movements” was probably the most interesting, because it presented a soundscape not like anything else I’d been hearing. It just had air around it, more white space as it were, more like a fine pencil drawing than a painting. This is one they had at the amazing downtown branch of the Cleveland Public Library — it was out of print — and I signed it out regularly.

Here’s an album that is a paragon of eclecticism. Look at this track listing:

On a side note, when somebody brings up the topic of “classical music,” one wonders if they’re thinking of tuneful and sophisticated “The Blue Danube,” or the grandiose (in a good way) prelude of “Zarathustra,” and if their worldview is sufficiently wide to include the micropolyphony of “Atmosphères.” The Brook Park Municipal Library had a copy of this album, along with number 4, and time after time I went up there to sign them out.

Classmate J. McA. was an immense influence on me when I was in high school. He was head-and-shoulders above everyone as a trumpet player, and his family immersed him in all things cool. He had a marimba in his basement, and an eclectic knowledge of music. Three of these ten albums, and one of the honorable mentions, were suggestions of his. Dennis K. lent/donated a copy of the score, and I was proud of the fact that if you dropped the needle anywhere on the record I could flip to the correct spot in the score in a matter of seconds.

Later on in life I got to play fourth trumpet in a performance with NASO. It was one of the most hair-raising electrifying musical experiences I ever had. Sitting in the middle of an orchestra at the end of Part I was like being in a whirlwind, my chair levitating.

I begged for this one. A birthday or three after Revolver hit the shelf, the very concept of Tommy grabbed me by the throat. I didn’t even know any of the songs, except “Pinball Wizard” and the now-overplayed “We’re Not Gonna Take It.” The grandiosity of the conception, right down to the amazing bi-fold album cover with its psychedelic overtones, made me want to live with it. Musically I doubt much of it has stood the test of time, but the ambition and scope really set the bar pretty high. The re-releases, re-recordings, live productions and films bear that out. The ’60s were great.

This was the first LP I ever owned. “Eleanor Rigby” and “Got To Get You Into My Life” were frequently on the AM playlist back in the day, and I’d tune in obsessively hoping to get another listen. Here I was already preparing my ears for the sound of acoustic instruments. Did it bother me that “Eleanor Rigby” was a Beatles song with only one Beatle, and with an all-strings arrangement at that? It did not. Did I seriously dig the horn parts in “Got To Get You Into My Life?” Please.

After much wheedling and pleading, I got a copy for my birthday. Maybe it was Christmas. Maybe it was 1966? Every track had a different sound. I didn’t quite put it into words at the time (I was only 9), but in retrospect that was one of the main hooks. And for a 9-year-old, listening to “Tomorrow Never Knows” with the lights out at night was a preparation for my later interest in Ligeti and Penderecki.

The girl is amazing, and this “sexiest album cover of the ’60s” is probably also the most-imitated album cover of all time. I miss album covers, but there’s no need for that digression here. Mom used to put this on the family stereo every now and then. One of those big console units with a lid you had to lift to get to the turntable and radio tuner. The music hooked me, inspired me, made me want to play the trumpet. So I did. And of course still do more than 50 years later. I want to start a Herb Alpert tribute band. I’m sitting here at my desk and there’s a copy of a Herb Alpert CD (“South of the Border”) on my desk.

How much more influential can a mere record album be?

At the time this box set was a big investment for me. But so worth it in the long run. The playing is everything I want to do when I play these works. I also bought the CD box set. The band from Cleveland was a huge influence on me.

I’ve owned, I think, four copies of this. An LP I wore out in college, its replacement, the CD version when it came out, and another LP that I inherited. Never gets old, this one.