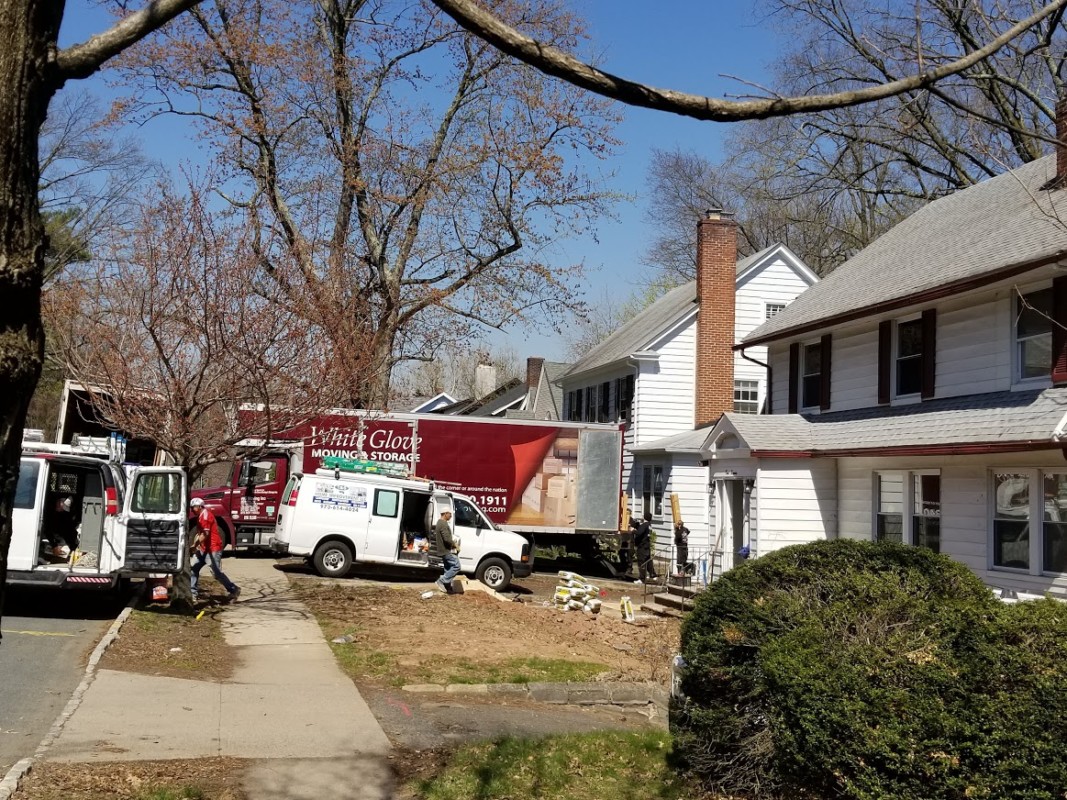 Just a wee bit of craziness in our move this week. 25 years of stuff from two households, in a multi-part move where most of it goes into storage pending our “forever” home, and enough to live on goes to our “not-forever” home. 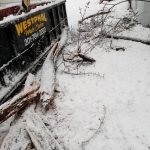 So we had three moving trucks on the scene. Meanwhile next door, the empty house that has been slowly flipping for the last year had a massive bit of activity. The last big storm left a huge tree across the back steps, an oversized underground oil tank left a hole and destroyed the front walkway and steps, and a replaced gas meter caused them to rip up all the shrubs and weedy vines and leave them piled up in front.

Our moving day was when they decided to deal with all of this. Chainsaws, dumpsters and guys pouring concrete.

There was a lot of stuff we needed to move ourselves. Some personal effects we didn’t want to entrust to either moving crew, plus nobody will take liquids of any kind. Kitchen stuff, cleaners, paints, whatever. Also, no “hazardous” material which — who knew — includes just about anything for the garden.

Many carloads of these things were hauled by us, and coming down the home stretch we realized there was a tall houseplant that we’d missed. E. helped me feed it through the sunroof of my car, and once I filled up the trunk and backseat with stuff I get ready to drive off. And my car doesn’t start.

In an act of solidarity with the landscaping crews the battery died. Fortunately, AAA was able to come quickly, diagnose the problem, swap in a new battery, and I was on my way. Thanks to daughter Claire for letting us use her car in the meantime!

The last phase involved 1-800-GOT-JUNK. I only name them here because we’ve used them several times in the past. While they’re a little more expensive, their people are smart and super-helpful. Just point out to them, “take that, don’t take that,” and they get it right.

Our temporary shelter is a faded Victorian under rehab, a block from Maplewood village. We’re treating this like a vacation, just strolling down to town to pick out a restaurant. Here’s a nice view of our dining room.