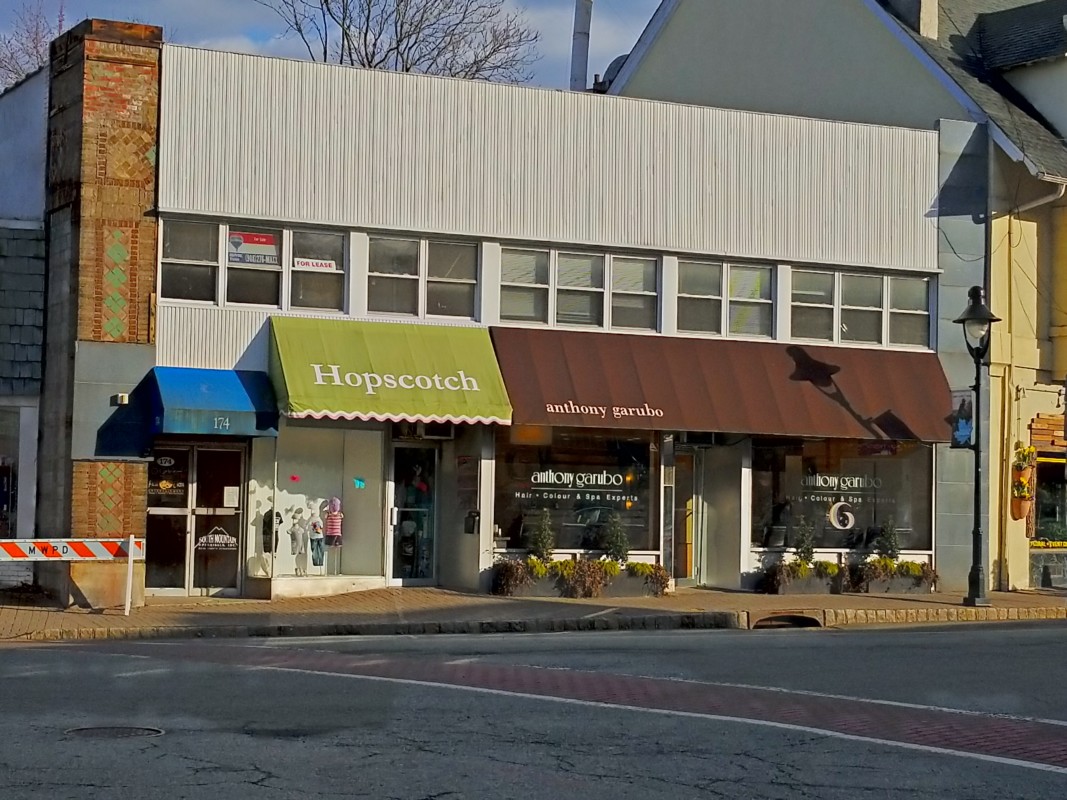 Last week the main drag in Maplewood, NJ, was closed off for several hours. The reason? A partial collapse of a facade.

I’m pretty sure nobody was hurt this time. So with some relief, we can take a look at what it left behind.

The building itself is so nondescript I couldn’t find a “before” photo of it on-line. Even the tenants didn’t show much more than their awning. Which by the way, tells you something about poor aesthetic choices. But I grabbed this from Google Street View:

Notice the piers on each end. They’re supposed to look like stone, I think. But they’re speckled steel sheets. The one on the left end fell off during the big windstorm the other week. And here’s what it revealed! 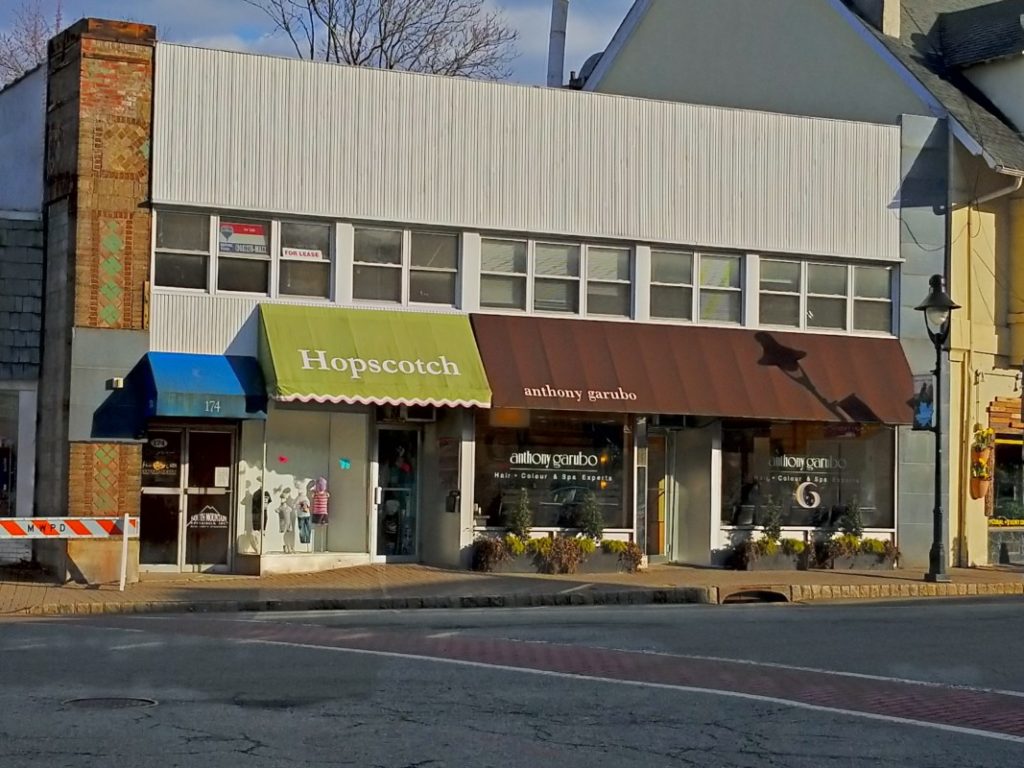 Whoa. This should be a town landmark, not covered over. Here is a closer view: 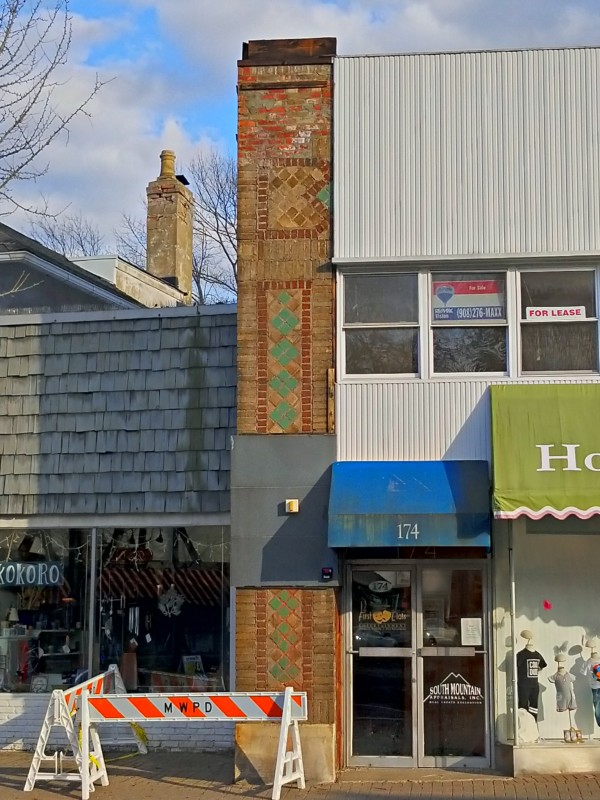 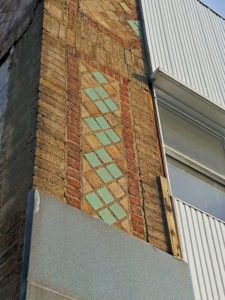 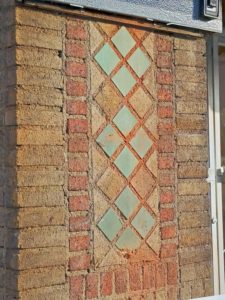 Awesome, eh? And who knew? The facade of this building has been covered at least as long as I’ve lived in the area, which goes back to 1989. It really was a dark time when property owners felt they had to spruce up and modernize older buildings. I can only hope they pull down all of the metal covering, and find a way to restore the missing pieces.

Especially after the ruckus over preserving the mid-century modern post office building.