Every time I go to Cleveland I’m pleasantly surprised by all they’re doing. It’s a city that’s rode the razor’s edge of down-and-out to up-and-coming for decades. We were there over Thanksgiving, and saw some things that were new — to me! — and I liked them.

The feature image is the new Innerbelt project. Last time out, April of 2015, most of the whole bridge from the west side to downtown was closed off for reconstruction. Dropping down to street level to negotiate my way around rush hour traffic was interesting enough, but now the project is done and it’s pretty impressive. A couple of narrow old bridges have been replaced by a sweeping wide roadway. The formerly tight exits around downtown somehow felt more manageable. 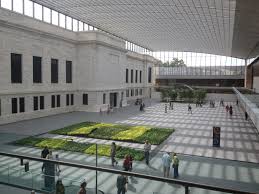 I thought I’d written about the major renovations to the Cleveland Museum of Art here before, but maybe not. Anyway, they completely gutted the beautiful old main building, and somehow bridged the gap between it and the 1970s era addition with a vast atrium space. Seriously, this is one of the great spaces. It used to be occupied by a small courtyard and the gift shop, if I remember correctly. You might have seen this space in “Captain America: Winter Soldier.” We also visited the Western Reserve Historical Society. 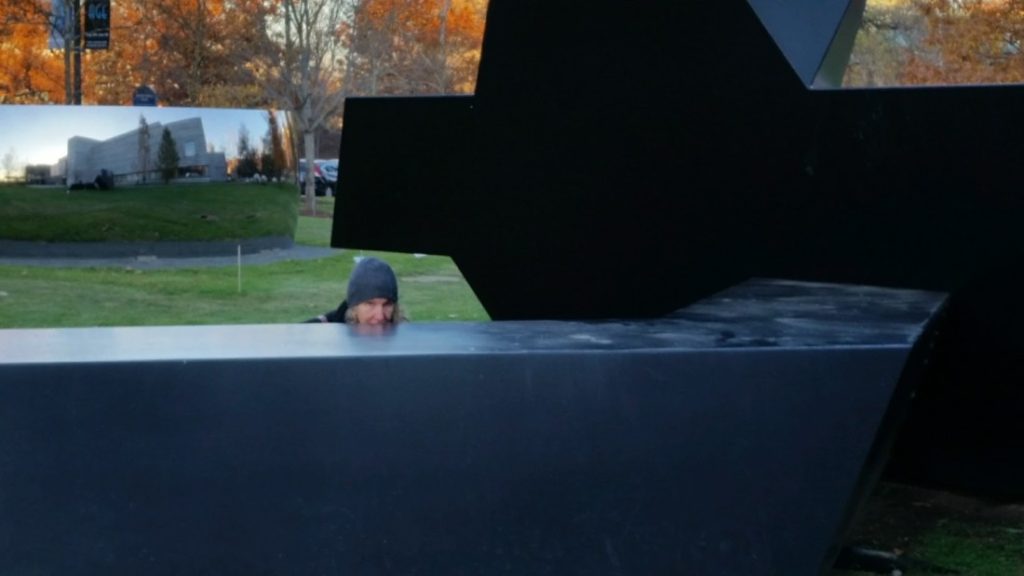 On the green behind the museum is this Tony Smith sculpture. Behind it is another sculpture of mirrored steel, seen here from behind. Composing this shot was kind of fun. 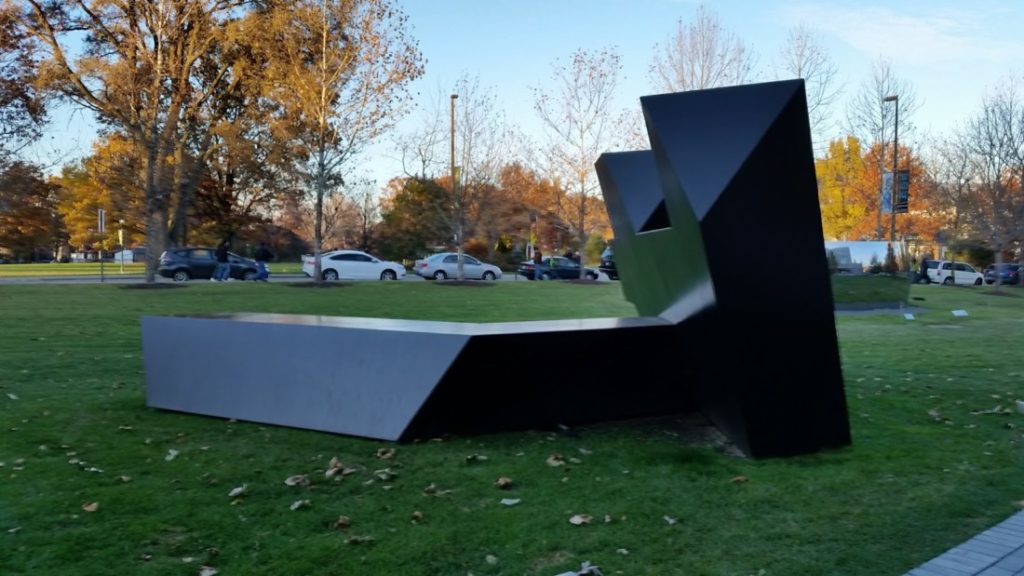 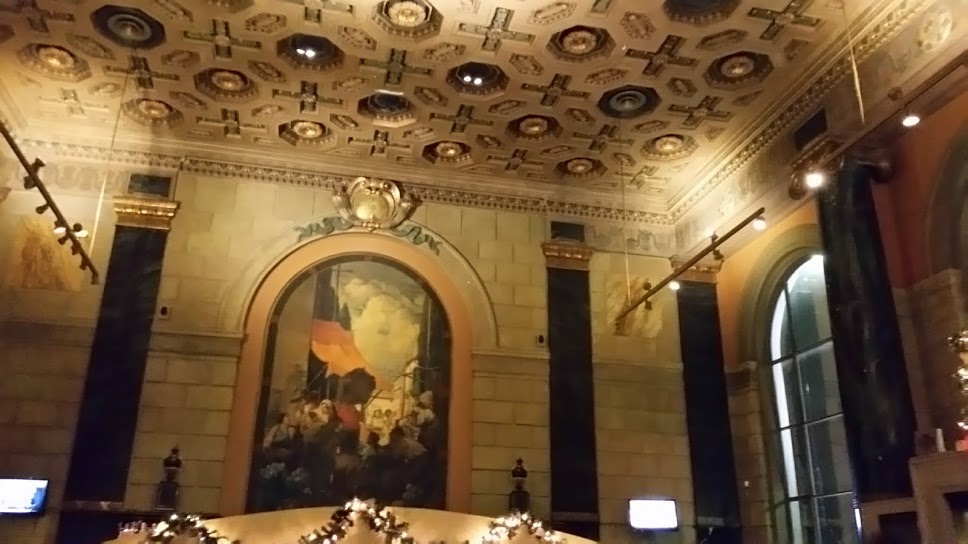 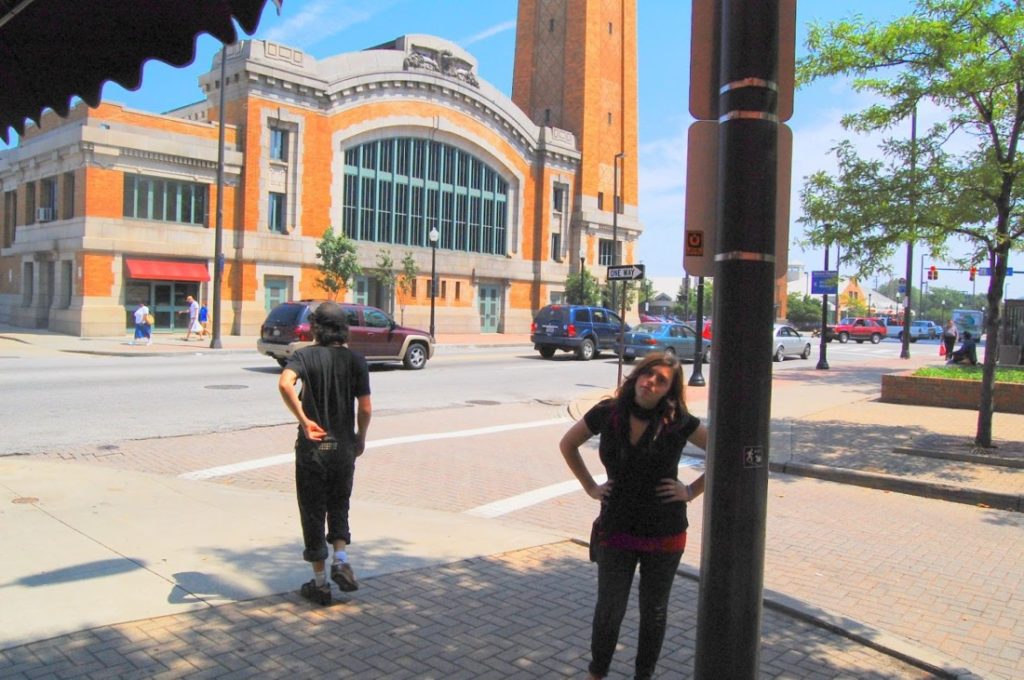 It’s right across the street from the old West Side Market (in this ten-year-old photo of my kids).

Incredibly enough, I haven’t been to Severance Hall since the early nineties. It’s a place I used to go to several times a week So I completely missed the renovation. Biiiig renovation. 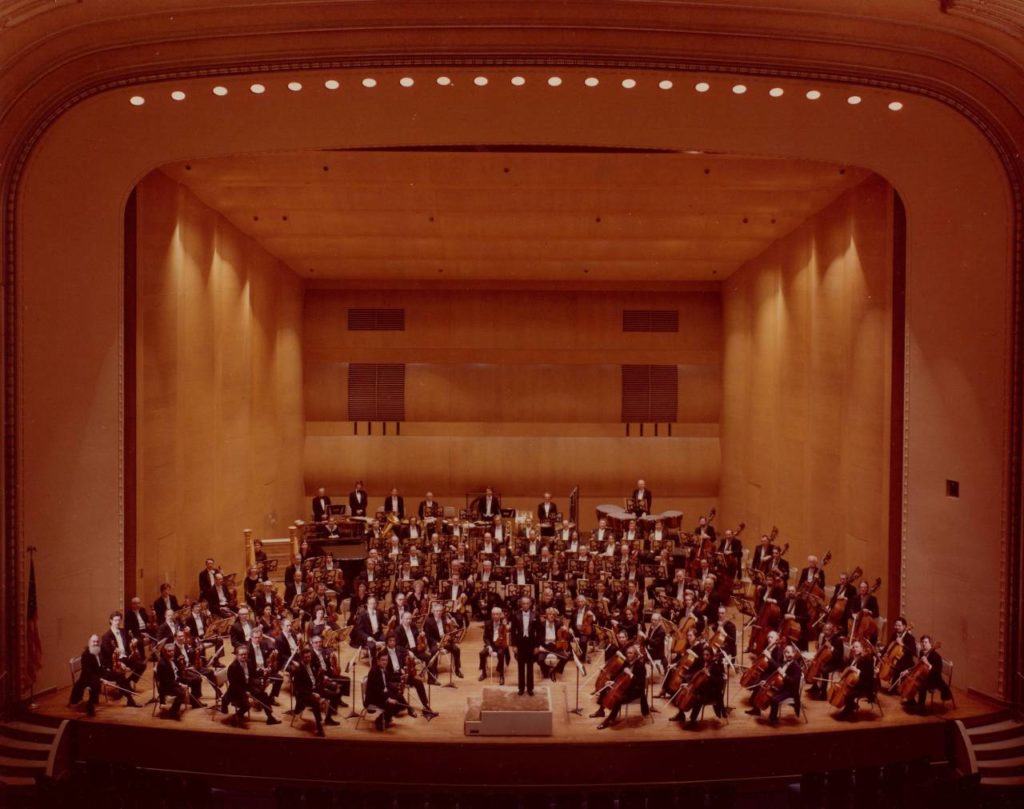 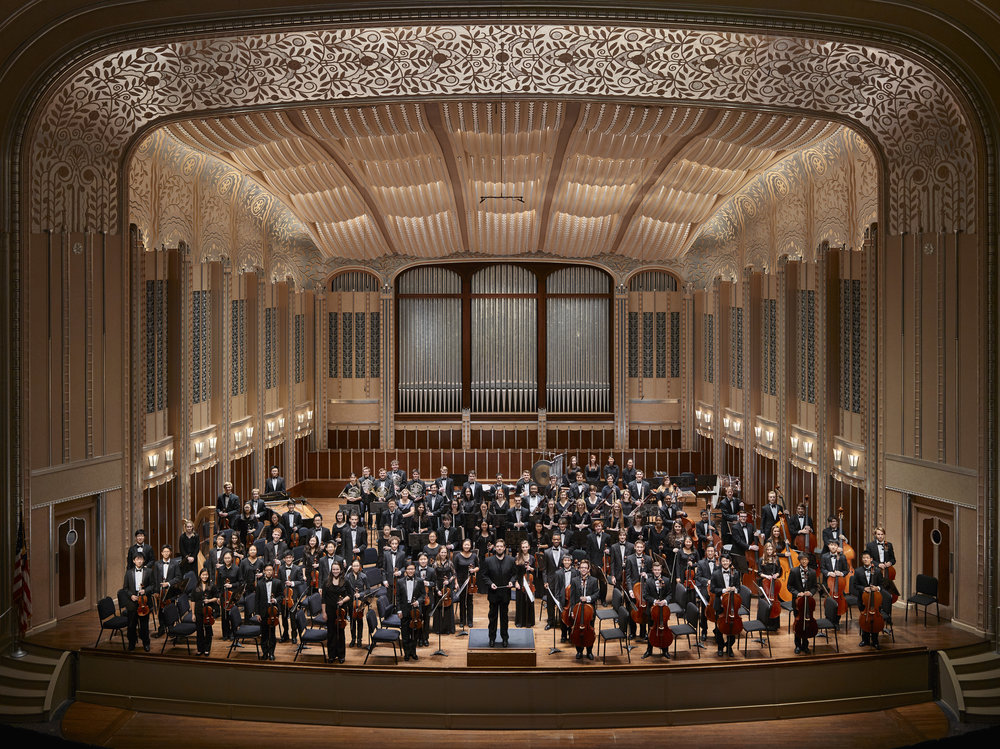 Down came the Danish modern wood paneling put up during the Szell era, and back came the deco stylings that were close to the original concept. Without that, the program wouldn’t have been possible:

The organ had been hidden behind all the old renovations and was covered so much as to be inaudible. Not so much this time! The Paulus was a huge piece. There was (as best I can recall of course) a real difference in sound. The old hall had a dry, transparent sound; the new one was more resonant. An orchestra like Cleveland can thrive in a dry hall, because everyone plays so beautifully. Transparency was one of their hallmarks. You can still hear it, it’s just a little different.

As a nice side benefit, we bumped into an old college friend in the lobby and went out for drinks afterwards. Good times had by all.