Pinhole Cameras Through The Leaves

Published August 22, 2017
Years ago at an Edward Tufte lecture he offhandedly mentioned that in under the trees the small spaces between the leaves act as pinhole cameras, and what you’re really seeing on the ground are images of the sun.

Most of the time, it doesn’t make a whole lot of sense because the illuminated sections are dismissed as irregular blobs. But on those rare occasions when you’re viewing a solar eclipse, something magical happens. 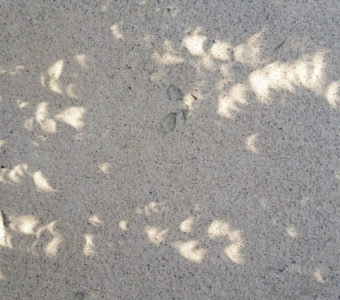 Early on I had to look hard to find examples. Some of my co-workers thought I was insane. Heh. But little by little things took shape.

Then you could really start to see the shape of the partially eclipsed sun. And you could see it everywhere. 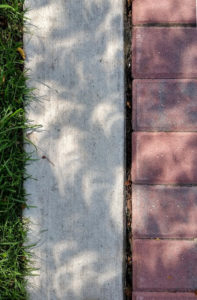 “The marvel is that diffraction doesn’t need a round hole to form an image. A square pinhole will also work if its area is the same. Even for a random edged shape, the wave bending will average out to form an image of the scene contained in the incident light. That’s why the spots of light through the trees are round; the gaps in the foliage are imaging the sun.”

We all saw instructions for how to make a pinhole camera out of a cereal box or a piece of foil. But nature had us covered.