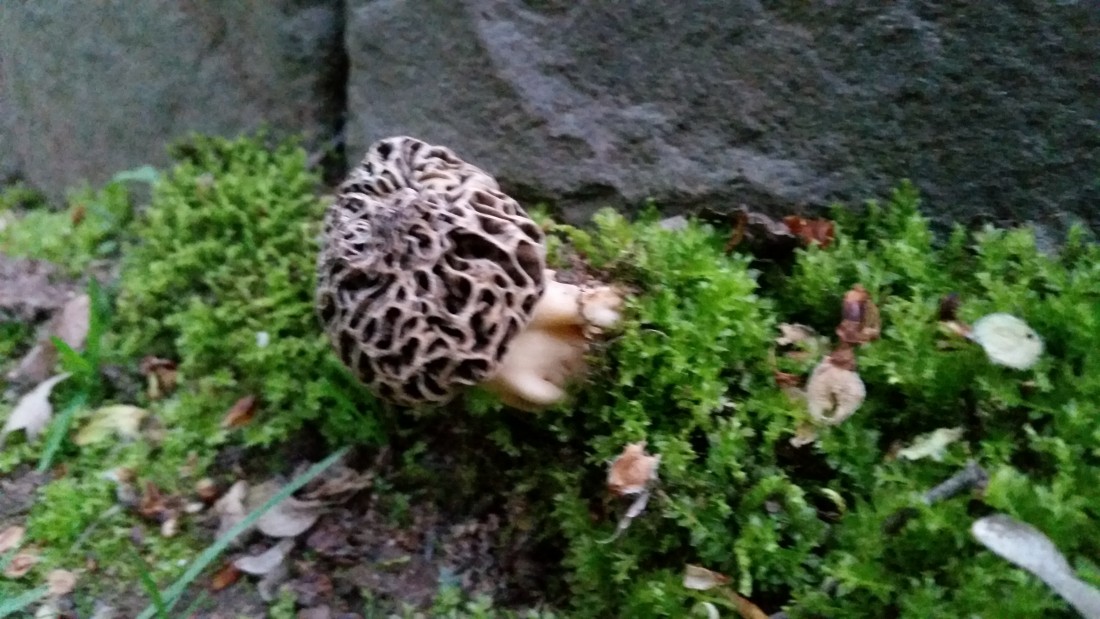 I can’t tell you how many hours I’ve spent in the woods hunting for these. But it’s true, happiness is often in your own backyard. 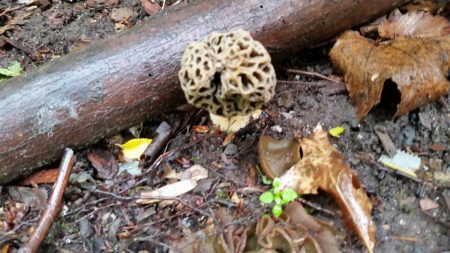 All told I found six, including a couple of whoppers. 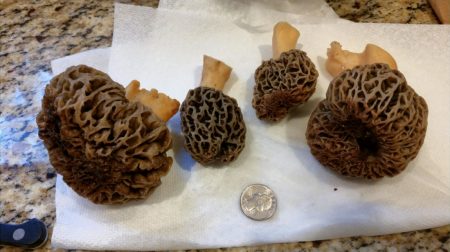 I ran this photo by a couple of mycologist friends, to ensure that these weren’t false morels. The key is (apparently, don’t take my word for it) where the cap attaches to the stem. With false morels, the stem extends all the way up to the top. 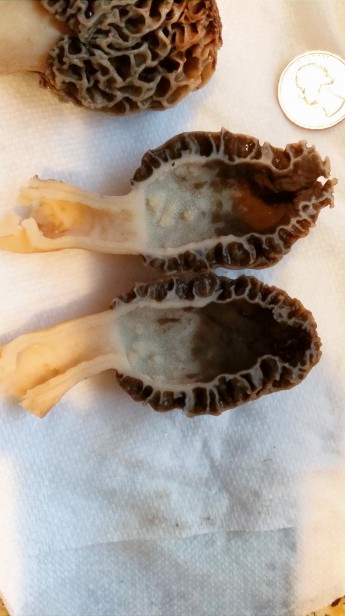 They were all as enviously green as the asparagus and Fiestaware placesetting when I showed this photo of the mushroom risotto I made with it all. 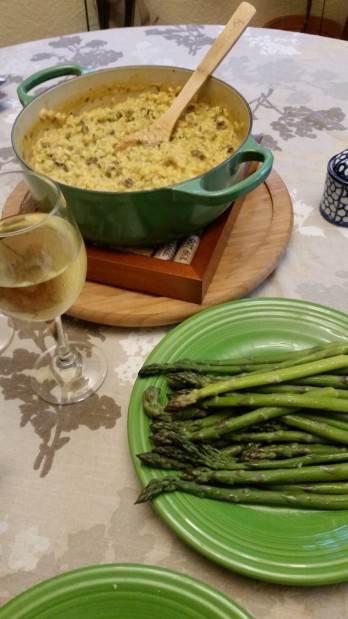 I used the basic Marcella Hazan technique. Saute some onion in butter, add the mushrooms and cook until soft. Throw in some crushed saffron for a minute, then put in the rice and stir to coat. Add a half-cup or so of white wine, stir until it’s evaporated/absorbed. Then slowly ladle in some dilute vegetable stock, stirring well between each addition.

Then, at the end, vigorously whisk in some softened butter and grated parmagianno regianno.