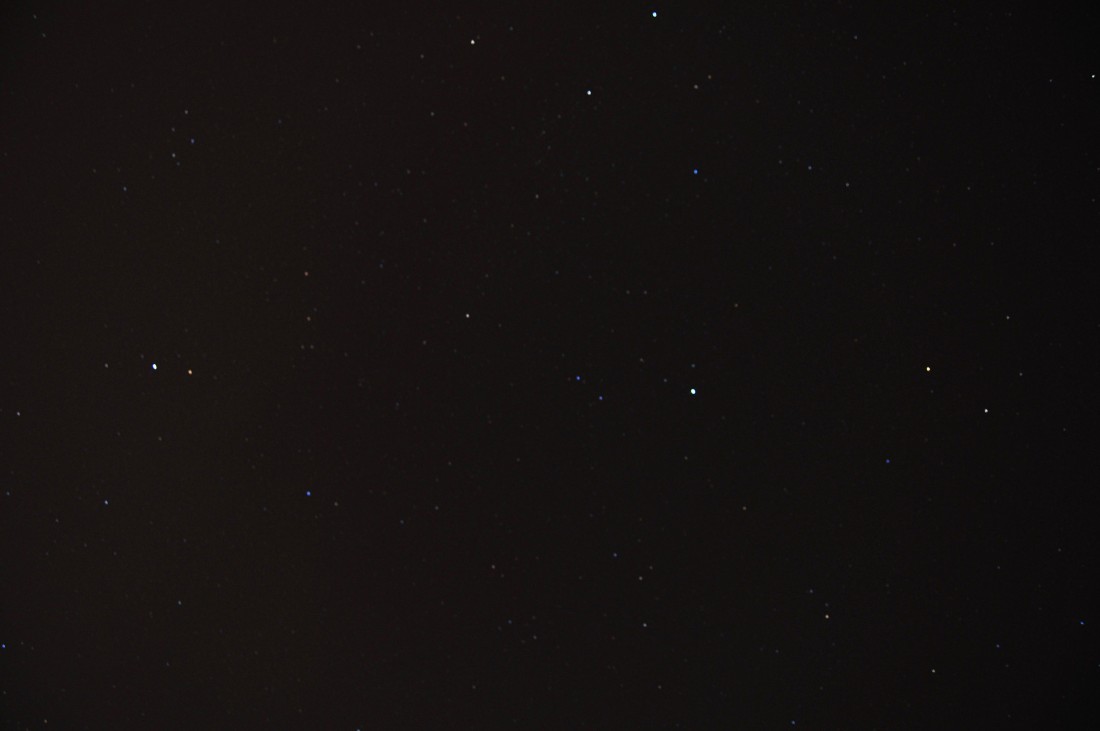 While we were up in the Adirondacks last week I pulled out my tripod and camera and gave it a shot, so to speak. The skies up there are quite dark (though not as much as you’d think), dark enough to see the Milky Way clearly though.

I set up my D300 with a 50/1.8 lens. With the f stop wide open and the shutter speed set to 30 seconds I got some nice things. After a little imagine editing for brightness and contrast, here’s the handle of the Big Dipper (aka Ursa Major), clearly showing the double star. 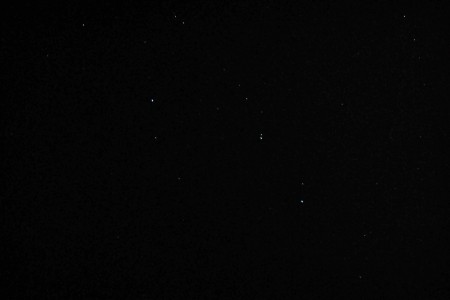 Shooting upwards, I caught the great clouds of the Milky Way. 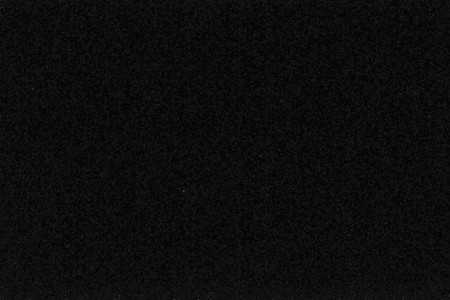 And my personal favorite from that first day out, two star clusters! 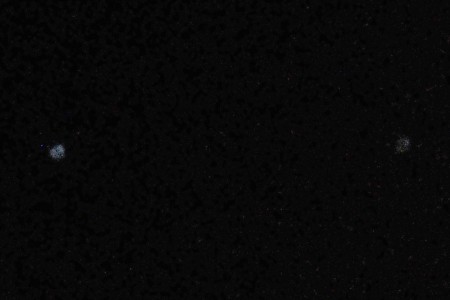 The next day I tried shooting south, and got some interesting things. But the streaking was much more pronounced. But the color is great. 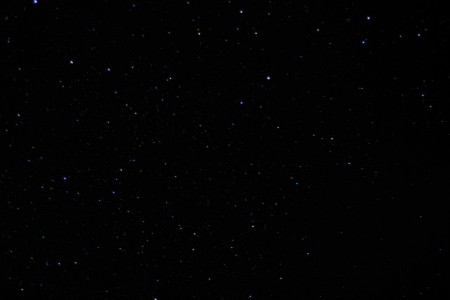 My plan for the next night was to target specific objects — Messier objects. But we had nothing but clouds.

Last night we tried to catch the Perseids. I only saw one, but I thought I’d give it a go to see what I could capture in a brighter suburban sky. This time I used my 18-55/3.6 lens set wide. Stupidly I forgot to set the fixed focus to infinity, but still: 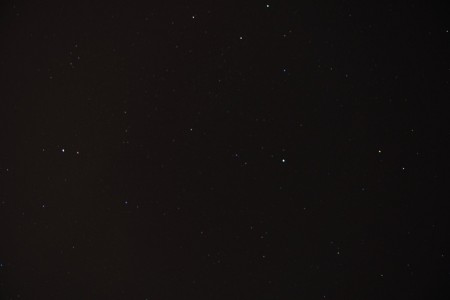 Now this covers a pretty big swath of sky, so let me try to describe what you’re seeing. The bright white star center-right is Vega, in the constellation Lyra. That grouping of five stars is the bulk of it. Notice the color of the two blue ones — that’s real.

Straight up from there is the constellation Cygnus, with the bright white Deneb and Sadr, and the more blue Al Fawaris. The group at the center-right is the head of Draco, and at left-center Aquila with the bright white Altair at its head. The little triangular patch of four red stars in between is Sagittarius.

I love how it captures the actual colors. Next time I’ll try the 50mm lens with a 15-second exposure to get rid of the star tracks.