How “Man Of Steel” Blew It

We saw this a few weeks ago, when it was still in theaters, and I’m just getting to writing this. Forgive me if I get a few details wrong.

“Superman” is practically one of America’s canonical texts. The story of an outside, a visitor from another world, certainly resonates. And the new movie is full of creative ideas for making it even more human (if you will) and approachable. Clark’s childhood difficulties fitting in with other students while protecting his secrets and controlling himself are well-played, and so are his fits of wandering as an adult. He can’t be himself — who can’t relate to that on a childhood level?

The film also features beautiful photography. The grainy, cross-processed look that the director Zack Snyder used (albeit a little differently) in “300” gives a warm, weathered, almost nostalgic look. Some of the establishing shots are the best things in the movie. 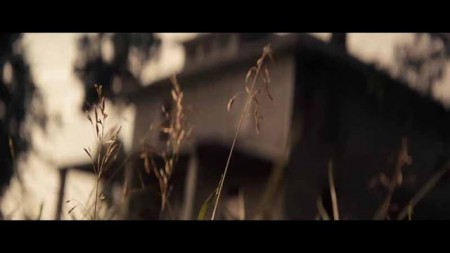 Where did it all go wrong?

It’s the summer of 2013 and summer movies can only be about one thing. The End Of The World. Why does it always have to be the end of the world? Scene after scene opportunities are lost to explore issues. He touches on tribal identities, nature vs. nurture and bullying (the latter is handled pretty well). What are Zod’s real motivations? We find out, but far too late for him to be a sympathetic villain. Michael Shannon does a serviceable job, but he’s no Terence Stamp in the creepy charisma department so he needs a cause.

But let’s blow up a building instead.

Instead of looking closely at climate change, mass extinction and pluralism, the movie devolves into an endless parade of buildings being knocked down. An endless fight scene, long enough that I found myself asking the $64,000 question, “Why do they keep hitting each other when it doesn’t hurt?”

And yet after all that, Superman just has to do a Jack Bauer and snap his neck? One wonders why he didn’t think of that earlier.

In the service of on action-packed summer blockbuster, everything. Why is there no dignity on Krypton? Poor doomed Krypton, with its elderly and unimaginative leaders could be a fine metaphor for our own political situation (viz, climate change, above). But instead we get Fistfights? Flying dragons? Spaceship battles? Don’t they know it’s the end of the world?

Russell Crowe has his moments, but not until he’s a ghost. Kevin Costner’s sunburn and leathery Pa Kent is pretty much right on, and Diane Lane lets the pretty girl persona go to portray Martha Kent as a one-time beauty descended into plainness. I usually don’t like her, but this was perfect. Zod’s sidekicks were unmemorable, but Amy Adams’ Lois Lane was nice and Laurence Fishburne was one of several nods to “The Matrix.” There was also a good bit of Prometheus (the movie) to go along with Prometheus (the mythological god).

Superman always has a problem with some inherent contradictions. Usually these are glossed over, but here you have to ask, How does Superman shave his beard?

Why do Zod & Co. insist on krypto-forming, when it should logically take away their powers? Why do the cars caught in the anti-gravity device bounce, but people don’t?

But that’s one more reason why enough with knocking down buildings already. Superman can be more powerful than that.