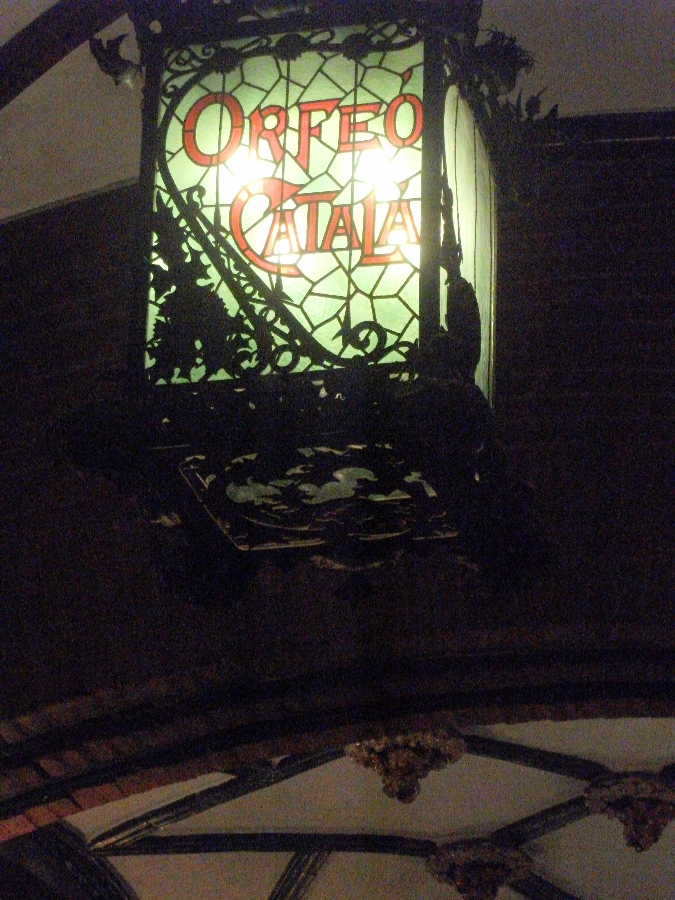 Brass at the Palau

The Palau de la Musica in Barcelona’s old city (cuitat vella) is a UNESCO world heritage site, and is absolutely a wonderful sight. Beautifully detailed, and completely human-scaled, it’s set in a lovely plaza and offers up several restaurants inside and outside (this is Barcelona, after all, where people seem to live outside as much as in). 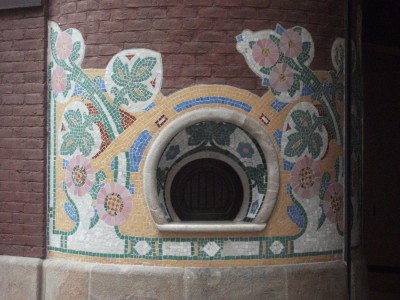 I’d heard about it months before we went, and found a concert that sounded like a good time. The legendary principal horn of the Chicago Symphony, Dale Clevenger, conducted the brass section of the local opera house orchestra (the Gran Teatre del Liceu). 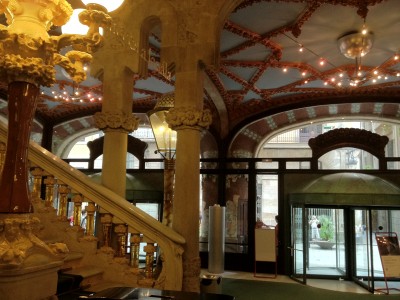 Clevenger isn’t much of a conductor technically, but of course he brings more to the table than that. He did play alongside Bud Herseth and Arnold Jacobs for decades, linchpins of the greatest brass section anywhere. 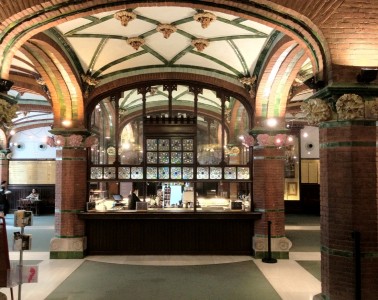 And with a skilled group of players to begin with, the results were really special. The horn section as a whole played beautifully together, and the principal trumpet, trombone and euphonium added a lot of really spectacular work, too. 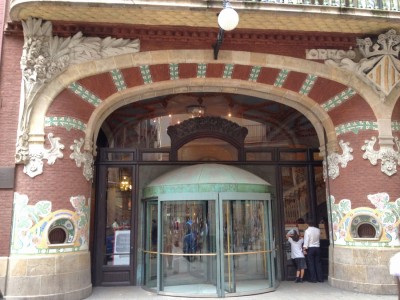 G. Gabrieli: Canzon Septimi Toni No. 2 from Sacrae Symphoniae. This is pretty standard, you’ll hear it on the famous Cleveland/Philadelphia/Chicago Gabrieli record.

G. Gabrieli: Canzone e Sonate, Canzon II. A risky, edgy piece, not at all like the grand and resonant Gabrielis you’re used to. Lots of fast, close canons and empty space. Maybe not G.G.’s best, but worth hearing.

Henri Tomasi: Fanfares liturgiques. This first “OMG WOW” of the night. Beautiful trombone playing, but the whole group was virtuosic.

Eino Rautavaara: A Requiem in Our Time. A fine and interesting four-movement work.

Paul Terracini: Gegensatze. I absolutely loved this piece. I can’t say enough about it, so I won’t even try. If you lead a brass choir and have a couple of virtuoso high-trumpet players, find it and program it. According to the composer’s web site, it was premiered by the Chicago Symphony Brass section — and indication of how high-flying it is.

Joseph Kreines: American Song-Set. Gotta admit, I didn’t hold much hope for a four-part suite consisting of “Red River Valley,” “Polly Wolly Doodle,” “Home On The Range,” and “Turkey In The Straw.” But then, I’m a little judgmental sometimes and get ahead of myself. It’s perfectly wonderful, and recontextualized the familiar songs in ways I wouldn’t have guessed. “Red River” flowed like a real river, the rocking rhythm flowing over the lyrically fluid phrases. And would you you have turned “Turkey In The Straw” into a fugue? No, you wouldn’t, and that’s why Dale Clevenger doesn’t program your arrangements. 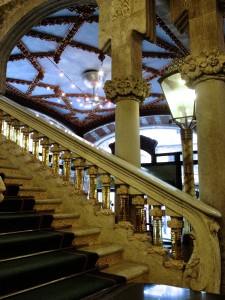 I wish I could call out some of the players by name, but there wasn’t a roster in the program.

Your trip to Barcelona will be better even if you just stop in and look around the lobby.