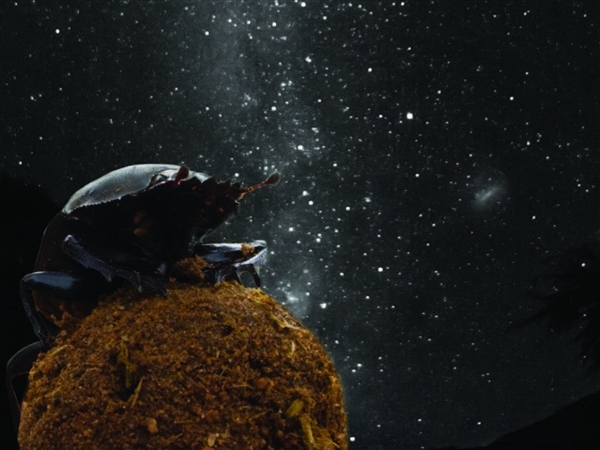 Navigating by the Stars

When dung beetles roll their tiny balls of poop across the sands of South Africa on a moonless night, they look to the glow of our Milky Way galaxy as a navigational aid, researchers report.

“Even on clear, moonless nights, many dung beetles still manage to orientate along straight paths,” Marie Dacke, a biologist at Sweden’s Lund University, said in a news release. “This led us to suspect that the beetles exploit the starry sky for orientation — a feat that had, to our knowledge, never before been demonstrated in an insect.”

The bottom line was clear: Those bugs could keep track of how the fuzzy streak of the Milky Way was oriented in the sky…