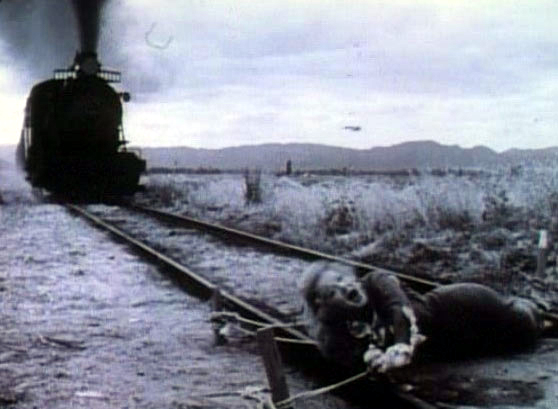 I know, you’ve got a lot invested in this. You fell in love with Peter Jackson’s vision of Middle Earth 11 years ago in those dark days after 9/11. Each winter for the next two years was brightened by the release of another stupendous and magical entry in the series. Each epic sequel featured new and amazing feats of filmmaking.

And then it was over. For long years rumors circulated about a making of “The Hobbit.” First Jackson was simply producing it. We were saddened by the news. Then, incredibly, learned that he’d be directing it as well.

But then we learned that it was going to be a trilogy. Uh-oh. “Lord of the Rings” was a trilogy because the books were a trilogy. ‘Twas only natural.

Again, I know you have a lot invested. You’ve waited since December of 2003, nine long years, for another bit of movie magic. So I hate to tell you, but this ain’t it. This movie sucks.

The opening is great — a brief history of the dwarf kingdoms. A marvel-filled exposition that brought to mind the Ring-history told at the beginning of “Fellowship.” But then it goes downhill, and fast.

There’s a scene shortly after this wherein Gandalf has Bilbo’s house basically invaded by a crowd of dwarfs. They do mischief. They sing, they dance. They eat. The make a mess. They clean up. They juggle dishes. They dance on the tabletops. It just goes on and on and on. I leaned over to F. and said “this is terrible.” She agreed. I watched for a while longer until I couldn’t stand it anymore. I told F., “I’m going to the bathroom.” I did, and came back. The scene was still going on. And the entire scene did nothing to move the story along.

Who knows. Who cares. It seems like the entire movie was someone being chased off the edge of a cliff. Even when two characters could be standing in a room talking, they’re standing on the edge of a cliff doing so. Why? Because it looks cool. I don’t even remember what they were saying.

And the trolls. Remember the troll in “Fellowship,” or the trolls who broke down the town gates? Those trolls, those mindless, hulking blind murderous beats from the netherworld, were fucking terrifying. These trolls are The Three Stooges. They have cockney accents. They joke and stumble around. They roll their eyes. They worry about how to season a dwarf they’re about to cook.

They do nothing to move the story along.

Then there’s the guy with the sled pulled by rabbits. No, really, he’s like a cross-eyed Santa. He’s supposed to be luring the orcs away from the heroes or some damn thing, but instead of being a linear plot-driven device it’s played out endlessly with him not leading the orcs away, but leading them around in circles around the heroes until they spot them and start chasing them all over again. In other words, we’re right back where we started with orcs chasing dwarfs and the story has not moved along a single inch.

The daughter saw it the other night, and had something insightful to say.

He should have focused on bringing Tolkein’s story to life, which he could have done soooo well but instead he focused on raking in millions and making a blockbuster trilogy. There’s a reason the hobbit is a short adventury story and LOTR is an epic trilogy.

What else is wrong? The jokes are stodgy and flat. The 3D is dreadful. At it’s best it’s got the look of a diorama, with flat cut-out figures moving across a painted backdrop. New Zealand has never looked so fake.

There’s a comment by Bilbo near the beginning of LOTR that’s an ironic truth. It goes something like, he feels like he’s a piece of butter that’s been spread too thin. That’s the story here. A good, taut three-hour adventure movie that could have been compelling has been spread into a nine-hour (presumably) slogfest where you can’t remember what’s happening to who.

Peter Jackson needs someone to tell him, “no.” Someone to tell him, “just because you can do something doesn’t mean you should.” That less is more. That storytelling is what it’s all about, not special effects and chase scenes. And certainly not merchandising.

My dear hope is that some time in the future he’ll take this mountain of footage and recut it into that one three-hour movie. Get rid of the diversions, the characters that go nowhere, the fighting mountains, and go back to what the original movies did best: tell the story of a journey.

But that day is far off, if it happens at all. It’s very sad.