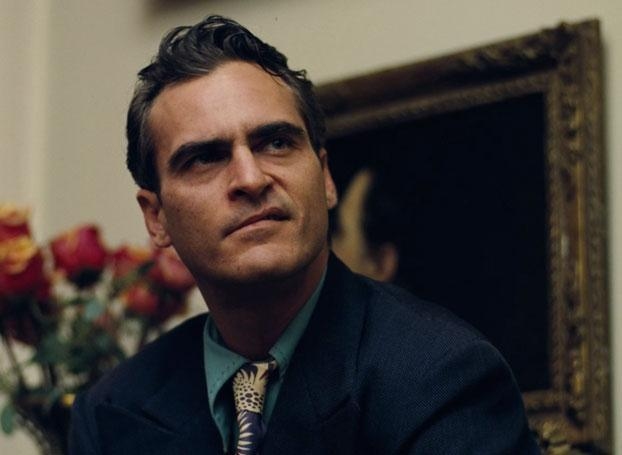 While F. and I were queued up waiting to get into the theater — packed! — many people coming out where complaining about it. When we left, the usher asked us if we liked it. We said it was really interesting, and he was glad to hear that someone didn’t hate it.

“Interesting” is a good word, because we spent the rest of the weekend talking about it. You can’t say that for many movies.

“The Master” is most certainly not an entertainment. It’s by turns harrowing and disturbing. The cinematography has a washed-out color reflecting a style of the period (the early 1950s) and the actors aren’t afraid to be unappealing.

In the lead is Freddie Quell, a piece of perverted alcoholic rage-fueled lying ignorant thieving human flotsam washed up on the beaches of California after the war. He’ll drink anything, and we watch him make cocktails out of photographic chemicals, paint thinner, even drinking Lysol straight out of the bottle. Joaquin Phoenix puts it all on the line. His face is a nightmare carved out of a piece of wood, seemingly palsied, hunched and grotesque. 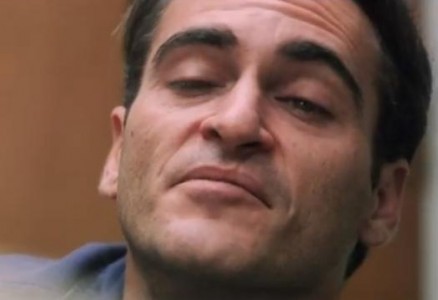 He comes under the wing of a group of cultists lead by the charismatic making-it-up-as-he-goes Longworth Dodd (Philip Seymour Hoffman), and his wife Peggy (Amy Adams). 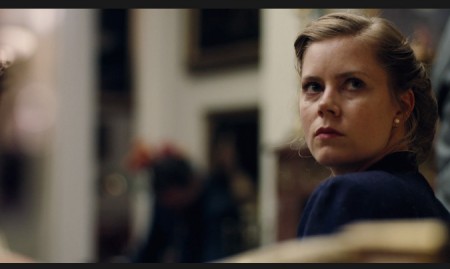 Last seen (by us) in “The Muppets,” even though it’s a cliche it’s true to say this is Amy Adams as you’ve never seen her before. Tough and cynical, she seems to be the brains behind the operation, giving Longworth dictation as he writes his next book.

The film is full of extreme closeups, and her lined face shows.

Dodd himself is smooth, quick on his feet, and at times volcanic. When he is challenged on points of doctrine and can’t quite keep it all straight he’s prone to explode, even at his benefactors. 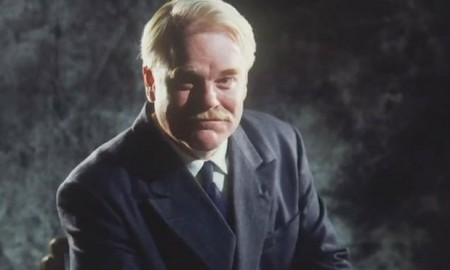 “Oscar” screams the performances of the two male leads (and the score, which I loved). The story itself is a little more problematic. As Roger Ebert writes, when you reach out for it your hand grasps the air. Nevertheless, the interrelationship of the characters is food for thought.

How much is Freddie using the Dodds, and how much is Dodd using him? And for what purpose? Who is the brains behind the throne? Why are they in England anyway?

It’s a movie absolutely worth seeing a second time, though I’m not sure paying cash at the theater is the way to go. But when it hits cable we will definitely DVR it, and start the analysis all over again.