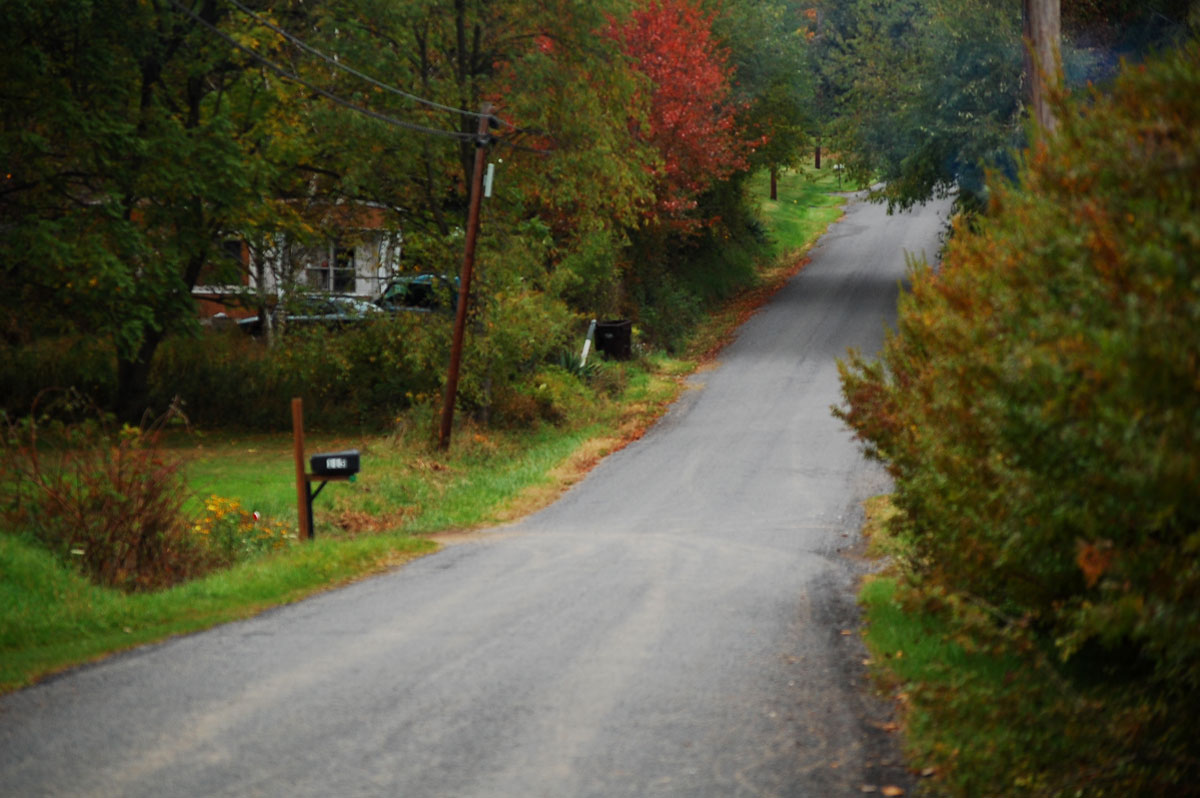 In the 1870s, some time after being discharged from the Union Army, the Lackey family lived along this road.

Much has changed. A state route was cut in between here and the river, the river was dammed up to create a lake, the other roads were reconfigured. According to our Oakland Township map, right next door to Mr. Lackey was the Campbell family. Shari chatted up the owner of the local Sunoco station and learned that a Campbell family lived right on that road, and they were outside right now mowing their lawn.

Things that are too good to be true often are, though; they 89-year-old man we spoke with was from a few towns up and had no recollection of any Lackey family either in person or through word-of-mouth. Still, it was nice to meet some of the locals and we really appreciated their time.

After a few passes up and down Beulah Road, we finally found the abandoned cemetery of the now-razed Beulah Baptist Church. It was here that W.J. was buried. Unfortunately, the graveyard was desecrated by some of the local kids decades ago. They used the area for drinking binges and carried headstones out into the road and smashed them. All that is left now are the pedestals of most of them. 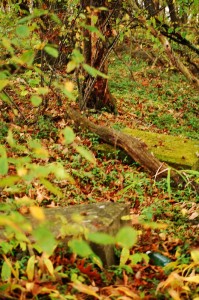 Covered with moss, overgrown with myrtle, you wouldn’t know what they were unless someone had told you. 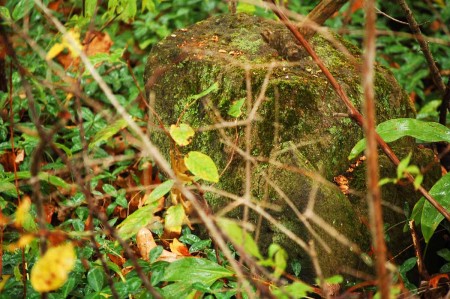 Toward the back, by the edge of the woods, are a few that survived. I guess they were too heavy, and one quite substantial one has a heavy iron fence around it. 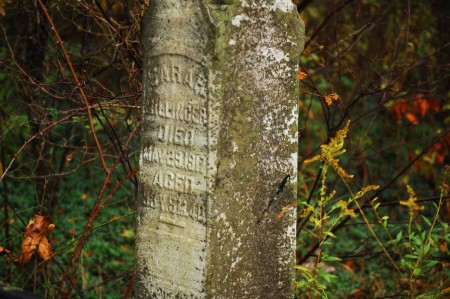 Mental note: this one notwithstanding, marble is a poor choice for a headstone. The acid rain attacks it, and after about 80-100 years you might as well have made it out of soap. I’ve tromped through a few cemeteries this week, and if you want to be memorialized for a long, long time, I suggest granite or bronze.

Here we are, in the rain, at the edge of an abandoned graveyard.

Somewhere around us and six feet below, lie the bones of our great-great grandfather.