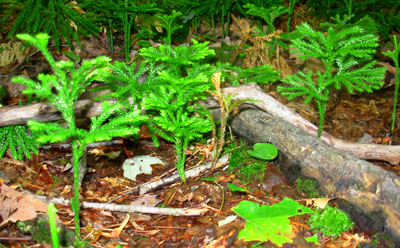 Slogging Through The Great Swamp

I took advantage of the nice weather on Monday to take a walk through parts of the Great Swamp. The Swamp is a 7,500-acre National Wildlife Refuge just south of Morristown, NJ. It’s home to many species of wildlife, some of which I managed to get pictures of. 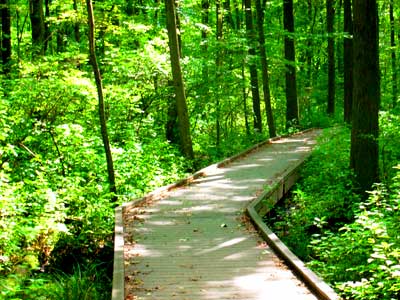 A few sections of the Swamp have these raised wooden walkways. These let you move above the really wet areas, and isolate you enough from the field of view of the wildlife that you can really get close to them. 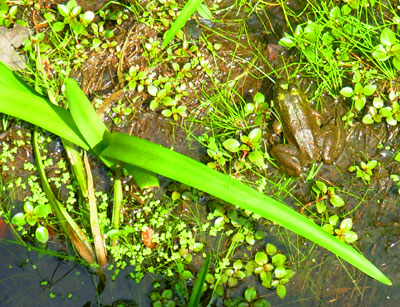 This green frog for example sat politely while I snapped its photo. 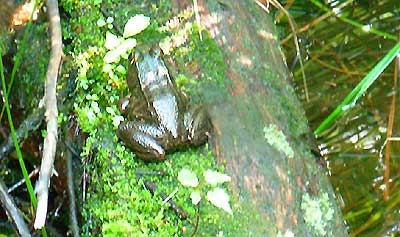 This accommodating fellow was still sitting in the same spot when I was on the return leg of my walk. 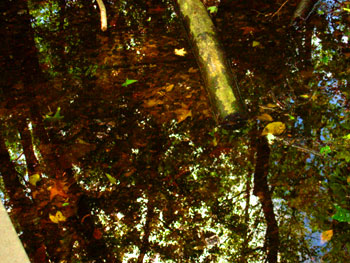 The clear shallow water sometimes creates beautiful lighting effects, as the dappled sunlight reflects off the colored leaves on the bottom.

This Northern Water Snake was about four feet long. I followed it as the stream it was swimming in ran along the path and took a couple shots of it.

Funny how a big snake in the wild can give you the shivers, even when you know it’s harmless. Something left over in my genes from when we were tree monkeys, I guess. 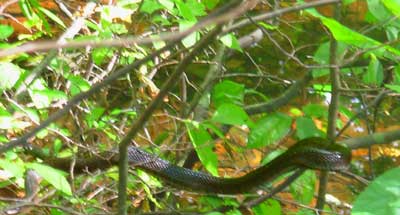 This black rat snake was well camoflaged among the branches of the tree it had climbed. A little kid had spotted it, and even with several people pointing at it it took me a minute to spot it. 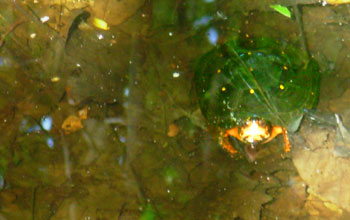 This spotted turtle was hiding back under a tree, only given away by the bright signal spots on its back and its orange head. 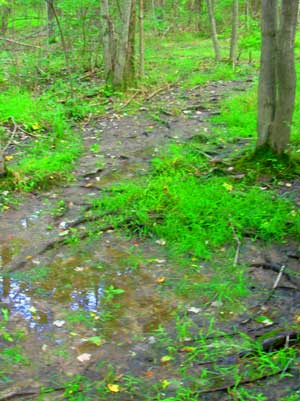 Away from the wildlife education centers there are other more traditional trails, if by “trails” you mean “muddy ruts laced with slippery roots.” It had rained for the two preceding days, and of course it’s a swamp to begin with, so the going here was a little messier. And being on the same level as the wildlife meant that it was much harder to get a look at it.

The honk of a wild turkey alerted me to this big deer. Unlike her suburban cousins, she kept a very wary distance from me.

There were clusters of this small fern all over. Each one of the trees in this miniature forest is about three inches high.